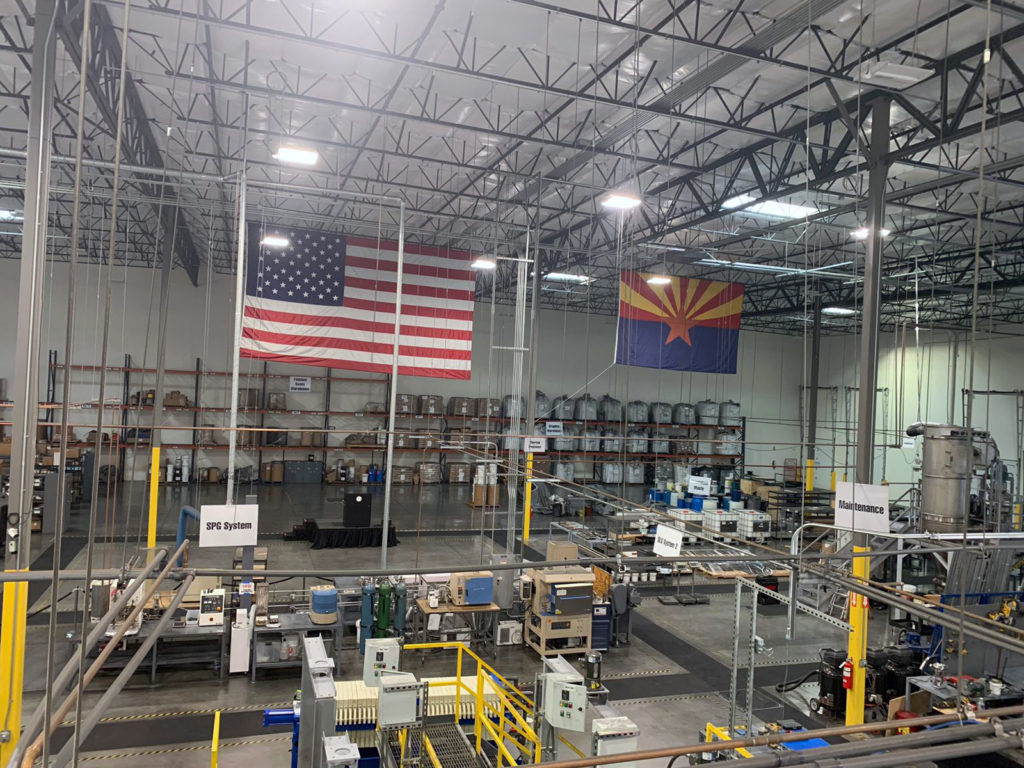 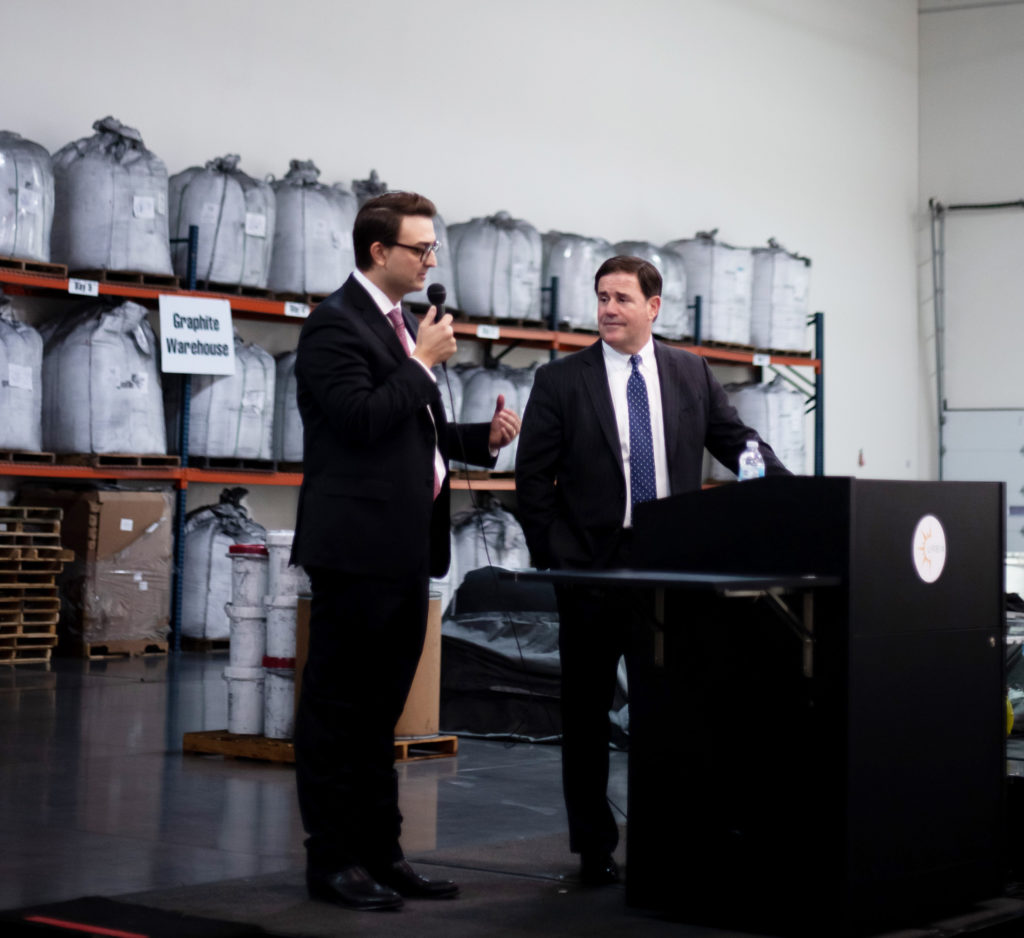 Urbix, Inc. CEO and Chairman Nico Cuevas (left) welcomes Governor Ducey to Urbix. Note the bags of graphite stored behind them. Each weighs one ton! 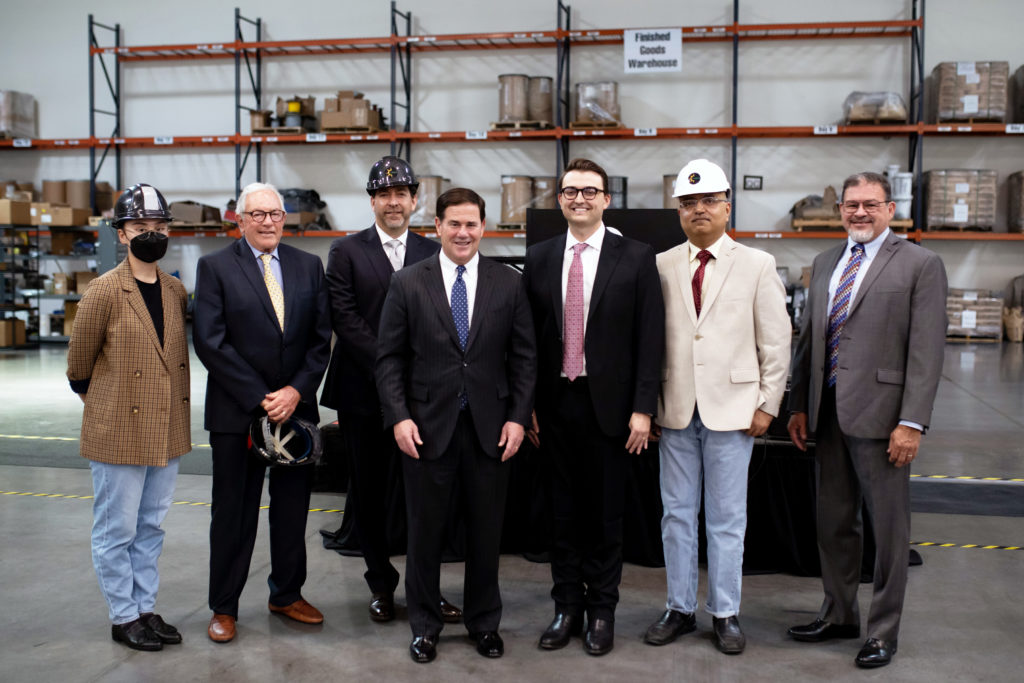 Phoenix, Arizona, June 3, 2021 — Mesa, Arizona-based Urbix, Inc., a green tech graphite processor and innovator, was honored recently when Arizona Governor Doug Ducey paid a visit to their facility near Falcon Field Airfield. The Governor is very focused on what his administration is calling 21st Century Economy, something that Urbix fits into very well.

After his visit, Governor Ducey was generous in his enthusiasm about Urbix’s role in Arizona’s future.

“Urbix is helping to create an ecosystem here in Arizona where manufacturers and suppliers can come together to build the technologies of the future. Their work is helping to build a cleaner and more sustainable future for Arizona and the rest of the country, and in the process, they’re adding new high-tech, high-wage jobs across industries.”

With the electric vehicle market booming beyond all expectations and anticipated to grow dramatically over the next few years, Urbix finds itself increasingly at the center of important conversations around the future of energy in the United States.

“Globally we’re seeing a trend of the electrification of everything,” says Nico Cuevas, CEO and Chairman of Urbix, a company that has found itself growing into world demand for the product they have helped revolutionize.

Cuevas points out that roughly 22 percent of the lithium-ion battery in an electric vehicle is made up of purified and processed graphite. At present, no graphite is mined in the United States and at least 85 percent of natural purified graphite comes from China. Until now.

Urbix’s proprietary methods for the purification and spheroidization of natural graphite are revolutionary and steeped in a genesis of clean and green technology, placing them at the head of a growing field.

In 2018, an Executive Order declared graphite a critical mineral. This made it a matter of national and economic security, something that has continued into the present administration.

“We find ourselves at the center of many discussions regarding supply chain,” says Cuevas. “And that is always a conversation we’re ready to have.”

With welcome support from energy leaders like Governor Ducey, Urbix anticipates Arizona will continue to lead the way to an energy independent USA. ◊ 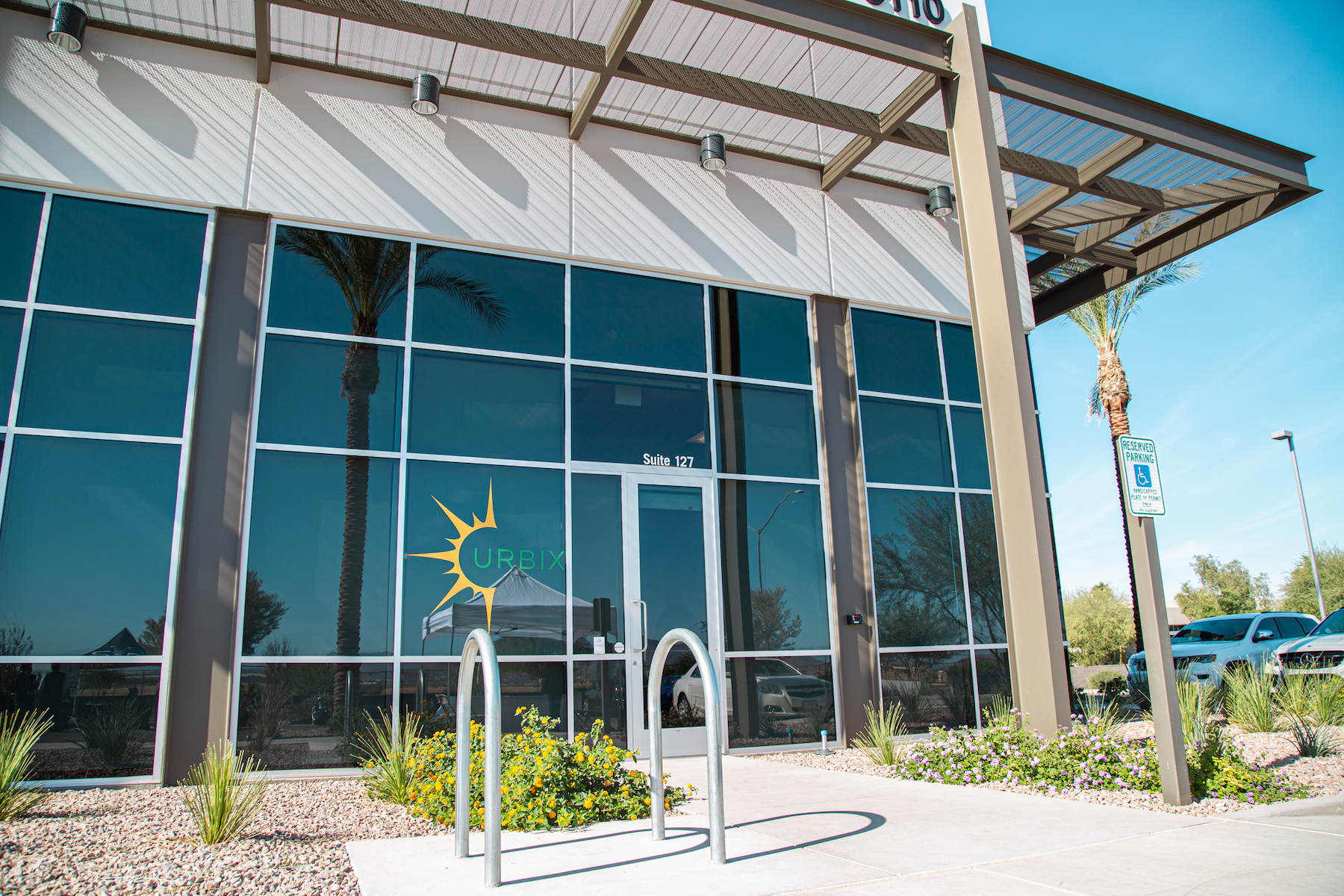 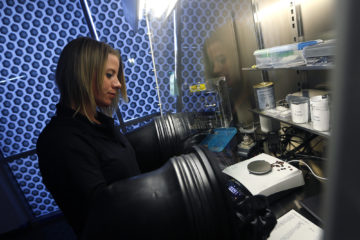 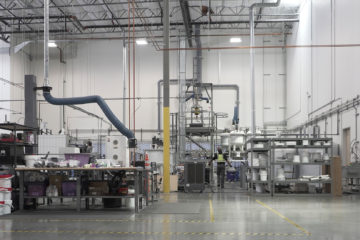